Would you like to switch to the accessible version of this site?

Don't need the accessible version of this site?

FAT is important! - Here's why! 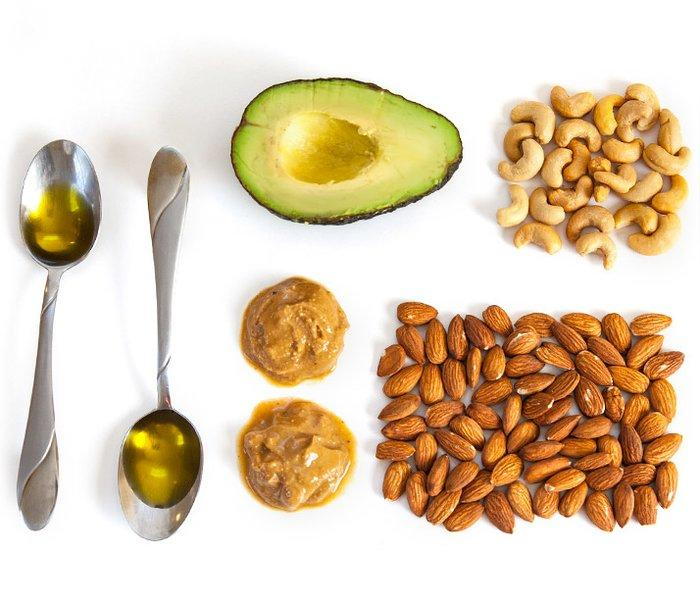 Dietary fat serves many important functions and is good for the body when the right fat is consumed.  Secondly, having excessive adipose tissue—body fat—does not denote that a person lacks self-control or will power, but is the result of an inappropriate diet.  Humans evolved with a “famine reflex” that caused metabolic changes to conserve fat and ensured survival when food was scarce.

Humans depicted in Baroque traditional art, that by today’s standards would be considered, “fat” lived before industrial vegetable oils and seed oils became the norm in most processed food, and before our intake of processed omega-6 linoleic acid doubled or tripled, while our intake of omega-3s from plants and marine animals fell tenfold.

Luckily we can control this to a great degree.  The key is to reduce your omega-6 intake and to consume undamaged, unprocessed omega-6 in the form of plant seeds and tree nuts, not vegetable oils, while simultaneously increasing omega-3 intake, especially marine based versions.  As a general recommendation, aim for 3-4 grams of omega-3 EPA and DHA, and 1 to 2 grams of whole food-based omega-6 linoleic acid per day.

The famine reflex, AKA the starvation response, is a set of adaptive biochemical and physiological changes that reduce human and other animals’ metabolism in response to the lack of food. Typically, during short periods of food shortage, to provide the brain the glucose it requires, humans will burn free fatty acids from their body fat stores and even small amounts of muscle tissue.  However after a long period of food shortages and starvation, this changes.  After we begin losing weight, our body will revert to our ancestral fast-and-famine need to conserve energy and our metabolism will slow to accommodate for the reduction in calories. This was a built in protection mechanism for our ancestors but can now be the reason why some have a difficult or nearly impossible time losing weight.

Livestrong describes the process like this: when you take in too few calories to support activity and normal physiological functioning, your body adapts by reducing the amount of energy it uses to accomplish tasks.  Your body may also turn to lean muscle mass for energy in order to conserve its valuable fat stores, just in case it doesn’t receive more food anytime soon.

No DIABETIC PROCESS back then…

The reason that hunter-gatherers did not become fat or develop diabetes is obvious.  Until the agricultural and industrial revolutions, it was a rarity to obtain enough food to develop these conditions.

According to evolutionary experts, if hunter-gatherers would have had access to abundant food sources as we do today, or labor saving devices, they would have been susceptible to the same problems we have now.  Human biology hasn’t changed; what has changed is our circumstances, and not for the better.

Damaging Fats arrive on the scene

In the early 1900s when a German chemist discovered if a catalyst and heat were added to a vegetable oil and hydrogen was removed, the liquid was converted to a solid.  The process was called partial hydrogenation, and its effect on modern eating habits has been significant.

Crisco was brought to market by Proctor and Gamble in 1911 and soon through aggressive marketing the product became the most popular choice in American homes for cooking and baking.

60 million pounds of Crisco were sold soon after the product debuted, and Proctor and Gamble gained medical respectability by donating $1.75 million to the American Heart Association or AHA, today’s leading cardiovascular group.  Even now in 2020 the AHA and the dietary guidelines for Americans recommend we consume at least 5-10% or our calories as processed omega-6 fats which, as we know, are among the most harmful when consumed in excess.

What Fats should we EAT or AVOID?

Omega-3 fats are crucial for brain and heart health, fighting inflammation, decreasing liver fat and overall obesity, and possessing many other positive actions, the damaged omega-6 fats found in processed industrial vegetable oils may do more harm than good.  We do need omega-6, but in the preferred form of whole foods (seeds and tree nuts), not vegetable oils.

Since the half-life of linoleic acid is about 2 years in adipose tissue, this is a reliable marker of intake, and this rise in linoleic acid intake parallels the increase in prevalence of both obesity and diabetes, suggesting the advice to eat more vegetable oils is an unwise one.

Why is Linoleic Acid damaging?

Before the omega-6 linoleic acid is even oxidized it damages the endothelium, the tissue that lines the various organs and cavities of your body as well as blood and lymphatic vessels.  It can also increase penetration of the two types of bad cholesterol, LDL and VLDL.

The good news is there is plenty of action to be taken, start with a foundational blood panel to assess underlying deficiencies and imbalances.  Secondly add in the more in-depth cardiovascular panel called the Cleveland heart lab test.  This blood assessment will give you a score for Linoleic acid levels present and also the ratio of it compared to other more beneficial Omega-3 levels.  It is only through testing properly that you can work to reverse damage already done or work to prevent further damage from occurring. Contact us today at 715-362-2300 to schedule your consultation!

We look forward to hearing from you

Find us on the map